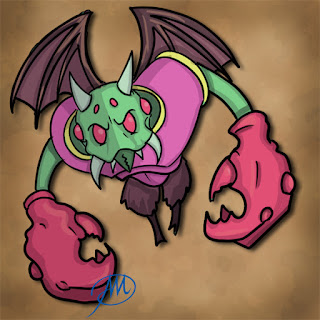 Recruiting for your demon army can be tough, so why not enlist this fine chaps to swoop in and whisk away some unsuspecting candidates.

You can grab your fig here!
And you digital fig here!
Posted by Adam at 11:49 AM No comments: 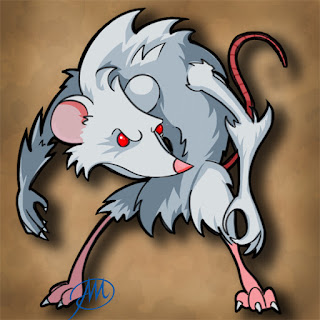 Noises in the walls
Probably just a racoon
Oh man, I was wrong! 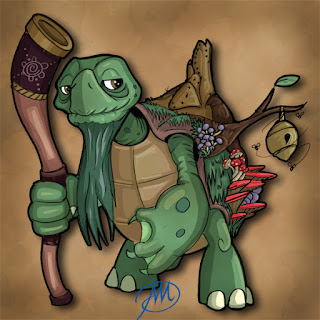 What do you do when your sacred island is about to be destroyed by an active volcano? Well, you gather up as much of it as and attach it to your shell. 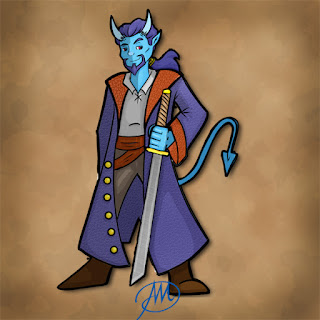 He's the kinda guy who can get your things, for a fee.

You can grab your fig here!
And your digital fig here!
Posted by Adam at 11:47 AM No comments: 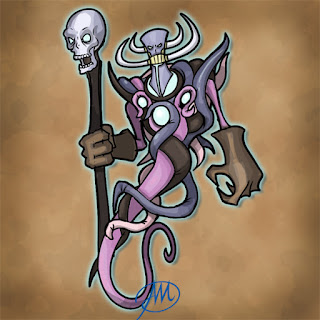 Corrupter of impressionable wizards, undying master of the dark arts, employer of an undead work force.

You can get your fig here!
and your digital fig here!
Posted by Adam at 5:45 AM No comments: 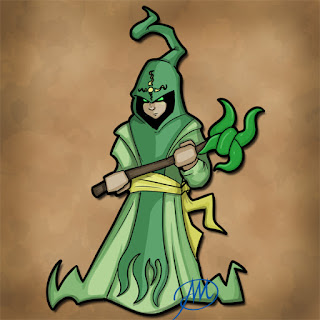 You can grab your fig here!
and your digital fig here!
Posted by Adam at 3:43 PM No comments: 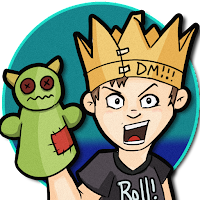 We know the cliché: you spend a week and a half preparing an NPC (Non-Player Character) that sees about 5 seconds of game time before they are either forgotten, ignored, or killed by the party, while the town guard (whose name you pulled out of a hat) ends up becoming their lifelong boon companion.

So how do you create an NPC that is so compelling, so original, so amazing that the players simply can’t relegate them into obscurity? The answer is you can’t, and you shouldn’t. Not only does this plotting and scheming go against player agency, but most players, if not all, are primed by pit traps, mimics, double-crosses, and plot twists to be extremely paranoid of any NPC that has a back story. Other NPC-avoidant players tend to just be dicks that want to see the GM squirm.

So, if you can’t make the players engage, let's address the other half of the issue: the amount of time spent prepping the NPC.  The following is my method for quick-and-dirty NPCs.

Step One: Give ‘em a name. Simple, name the NPC.  There are hundreds of random name generators on the internet if this step vexes you.

Step Two: Answer these three questions with relation to the NPCs role in the scene:

What does the NPC want?

What is stopping the NPC from getting it?

What is the NPC willing to do to get it? 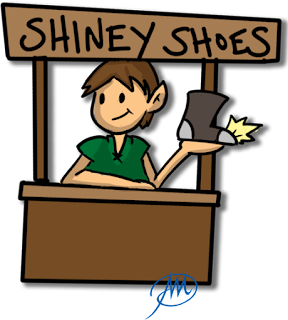 What we have done by answering these questions is established the NPC's root desire and defined the core conflict of the scene. All sentient beings want something, at any given moment of their lives; it could be something as simple as being left alone, or making the other person smile, or selling a pair of stylish shoes for a handsome profit. It is this "want" that drives our decisions.  You can use this root desire as a touchstone for your NPC's reactions. All their actions and dialogue are tools for them to steer the scene towards their objective.

The best part is, even if the players ignore the NPC, they can still pursue their goal in the background, advancing their agenda and giving the world a life of its own. If you understand these core elements of your NPC, then the rest of the elements are just window dressing.

Step Three: Window dressing. Fill in the cosmetics: race, class, shoe size, fetish, accent, etc. These can either stem from the three questions, or you can randomly generate these as well.

There you have it! You’ve just created an NPC in less time than it will take your party to ignore them.